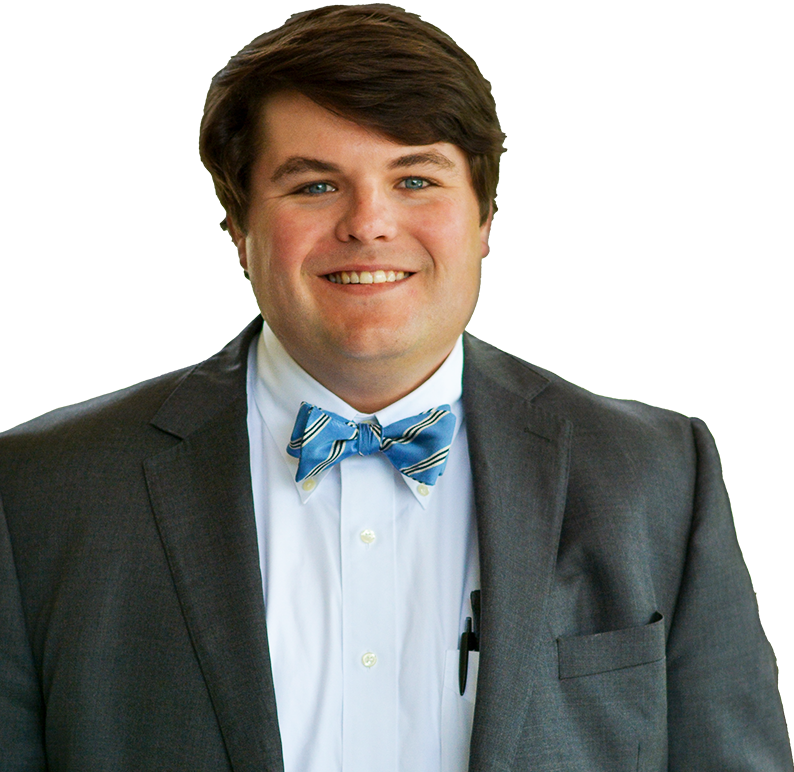 Real Estate and corporate law attorney William A. Pully, II joined Littlewood Law in 2021.  A native of Rocky Mount, Will grew up in Raleigh and has been a witness to the development and ever-changing character of the City of Oaks over the past 30 years.

Will spent his summers growing up at Camp Sea Gull and on the waters of Core Sound.  He graduated from Virginia Episcopal School in Lynchburg, Va. and attended UNC – Chapel Hill before earning his B.A. in history from UNC – Wilmington.  He also holds certificates in marine propulsion and marine electrical systems and his captain’s license.  After earning his J.D. from Campbell Law School, he was an associate attorney in New Bern with Chesnutt, Clemmons & Peacock, P.A. where he practiced criminal defense before returning to his birthplace and practicing with Battle, Winslow, Scott & Wiley, P.A., one of the oldest law firms in North Carolina.  At Battle Winslow, Will shifted his practice away from criminal defense to the areas of real estate, corporate law and local government.

What Will enjoys most about practicing in commercial real estate is the opportunity to participate in a project that will create job opportunities, spur economic growth, and has the potential to transform many people’s lives, whether it’s a new office building, shopping center, storage facility, hotel, or apartment or condo building.  Will brings a wealth of knowledge and experience to Littlewood Law in the areas of commercial real estate acquisitions and dispositions, local zoning matters, planning department and property tax issues, landlord-tenant relations and business entity formation.

Outside of the office, Will can generally be found hunting and fishing in Eastern North Carolina, or with his wife, Gretchen, taking a cruise on the boat or attending Carolina football and basketball games.

Fill out the form below to schedule a consultation

Any result the law firm and/or its attorneys may have achieved on behalf of clients in other matters does not necessarily indicate similar results can be obtained for other clients. This website is for informational purposes only and should not be construed as legal advice. Contacting us through this site does not create an attorney-client relationship. Grey Littlewood at the adjacent address is responsible for the content.